Hello! and welcome to my first run impressions of H50 3.1. In short: this episode is a winner! Please note — I have watched this episode ONE TIME. Last night. These are my knee jerk reactions.

1. I’m looking at you atplenkov!

Who killed Malia? I don’t mean Delano, though he ordered the killing. I mean who is the thug who pulled the trigger? Just one of those randoms McG & Danny shot down in the street gun battle? After all the delicious build-up we got around “Toothpick,” the baddie who pushed Kono to her nearly certain doom, I’m wondering why there wasn’t a similar disclosure surrounding the one completely successful criminal act of this episode (always excepting the jail break of Wo Fat, which would have happened regardless of Malia’s living or dying).

JUSTICE FOR MALIA! NAME HER KILLER!

Yes, the claw was ludicrous. And I loved it. It entertained me and made me laugh. Season Two was so full of crazy stunts and antics (let me know if you’d like to discuss. I have a list!), so it seems we’ve been building towards something big and outrageous like this for a while now.

How about this, though for contrast: the most underwhelming moment of the episode? When McG comes around the corner to look into the crawl-space of an at-that-time unknown number of dead bodies — and the look on his face is not unlike that of a slightly stoned teen on the first day of high school who’s walked into the wrong homeroom class. He then calls for “a lot of body bags.” Excellent work there writers! Way to not make Alex do a second take and show some actual surprise there, director!

It’s a pretty low moment — even for this Show’s standards. Still looking right… at… atplenkov. Executive produce that sh/t, Peter!!

The mom stuff played out… pretty much exactly as I expected, I guess. I was not surprised or disappointed; it was what it was and I’m cool with it. The actors involved made the most of the drama and I was beyond impressed with their performances. And while I could watch probably twice as many emotionally heart-wrenching scenes as we got last night, I feel they hit all the important high notes and I’m satisfied.

Oh, Doris. I’m sort of sad your entire life was a lie. I’m perversely relieved John McGarrett really thought you were dead, and he wasn’t adding to that lie, which was so hurtful to Mary and Steve, for all those years.

That being said, I loved the Doris/Danno cargument, again, highly entertaining, her being outrageous and bold and Danno still holding his own, while allowing Doris the final word in the end.

I also truly adored how that conversation bled into the Steve/Danny cargument surrounding the Williams’ & Edwards’ possible move to “The Ninth Island.” This is exactly why carguments should never die and how they function at their best. Steve’s perspective has changed, and that growth is reflected in the way he advises Danny. Danny also stops and considers McG’s words. It’s still a cargument, but it’s so thoughtful and well done.

4. Issues are issues and head-butting is just a pet peeve of mine.

You all know I have nothing against Cath. Cath is great! And over Season Two I personally expressed no shortage of confusion, upset and hurt over the character of Lori Weston. So this is not wishing for her return.

But somewhere out there in atplenkov’s stack of notebooks, there’s a version of this script where the name of the character sitting with Momma McG isn’t Cath but Lori. Just sayin.

Well, that – and LaGerman needs a new agent. And maybe a new acting coach.

Onscreen chemistry may cover a multitude of ills… but ills is ills. I’ve still got my eye on you, atplenkov.

5. Kono and Adam, sitting in a tree

Well, she didn’t rescue herself. Nor did she shoot him in the kneecap. But positive spin, right? If Adam can be rehabilitated, that’s actually wonderful. That would be a first for Show, and a groundbreaking one at that (‘once a criminal always a criminal’ and ‘a man’s path is carved out by his father,’ being two of Show’s primary, fundamental themes). 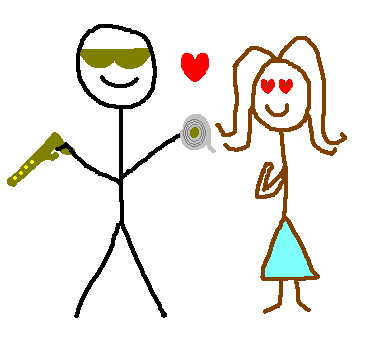 If the love of a good person will drive Chin Ho to commit his darkest acts, perhaps Adam will be on the opposite curve, and if I can just forget the duct tape at gunpoint ever happened… which I think I will have to… then this could be a very interesting character arc for Adam & Kono. And I am all for that.

Interested to hear your thoughts on La O Na Makuahine! My favorite episode so far this season! 😉

I am good with: Details, Bad Ideas, Hilarity, Sarcasm and Overthinking! I kid because I care!
View all posts by SJ2 »
« When Ess prays to the TV Gods & I offer cash (wishes come true)
The Adventures of Stick!Mick St. John (Happy Birthday Paula) »